In the distant past, my friend Josh described a category of speech which performs an action in the process of being spoken. The existence of this category has stuck with me because it endows speech with powers similar to a spell or a computer command.

I wasn’t able to recall the name until finding a reference to How to Do Things With Words, a posthumous book by J. L. Austin. He defines a performative utterance as “the senses in which to say something may be to do something”. These utterances constitute a “speech act”. Wikipedia gets a little more nasty with the definition, referring to setentences “not being used to describe or state what one is ‘doing’, but being used to actually ‘do’ it.” The classic examples:

If you say “I name this ship the Queen Elizabeth,” and the circumstances are appropriate in certain ways, then you will have done something special, namely, you will have performed the act of naming the ship. Other examples include: “I take this man as my lawfully wedded husband,” used in the course of a marriage ceremony, or “I bequeath this watch to my brother,” as occurring in a will. 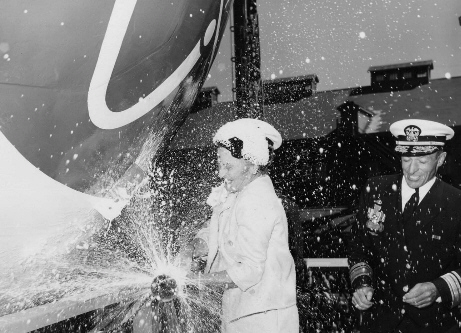 The way that Wikipedia phrases the Queen Elizabeth example is particularly striking, almost reading like a recipe or folklore! If you say [x] when “the circumstances are appropriate in certain ways” you will have done [y].