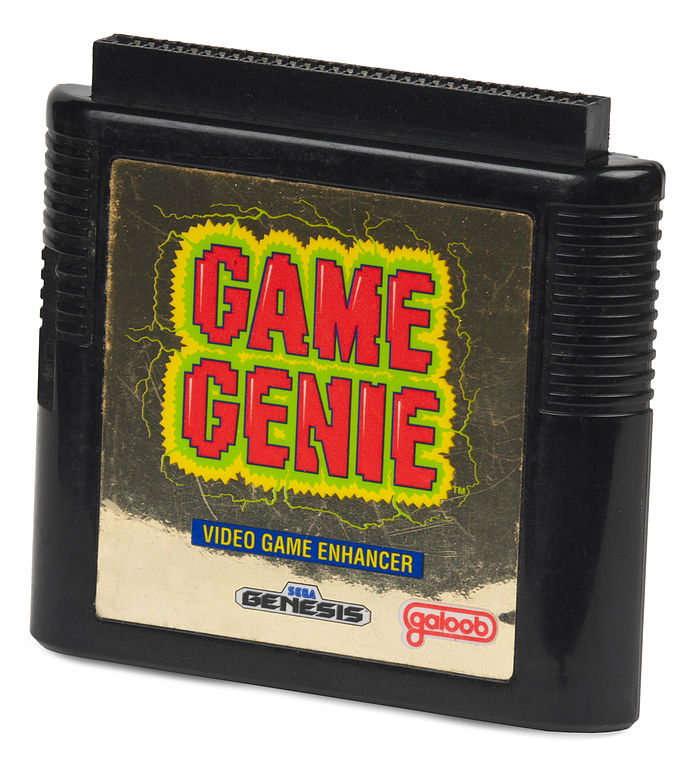 The Game Genie is a “plugin” that sits between a video game cartridge and the video game’s player. Because eletrical signals pass thru the Game Genie before hitting the game console, it allows the player to “fold, spindle, and mutilate” how the game is played. Usually this meant inputting cheat codes.

Some cheats mumbled at the end of a game genie commercial:

I’ve never used a Game Genie, but it’s a funny frame for how technology ends up getting used. There were a number of legal battles with Nintendo about whether or not it was legal to produce an unsanctioned “cheating system”. One wonders if the device was somehow the secret result of a fever dream of some Nintendo employee.

Notably, Wikipedia sez that the stress put on the cartridge by the Genie sometimes caused “units to be unplayable without the Game Genie present”. Perhaps over time, Game Genies slowly start to displace their hosts. If you leave them in long enough, the Genie plays.

Genie codes were released in booklets (periodically delivered by mail) which look like this:

The grammar and syntax are insanely consistent throughout. And there are reams and reams of these!